The restrictions imposed by the government for operating under the law impose a huge burden on the defense team. And the stringent rules, along with other arguments the prosecution is making to the judge, could leave Winner little room to make her case.The efforts on the part of the prosecutors represent a broad push by the government to hamper Winner’s attempt to defend herself. They are seeking to prevent Winner’s lawyers from citing public news articles in open court, restricting their ability to research those public articles even in private, hiding several aspects of the case completely from public view, and arguing that someone charged under the Espionage Act is not even allowed to bring up the fact that her actions never harmed national security.

Source: The Government Is Trying to Make It Impossible For Reality Winner to Defend Herself in Court

Reality Winner’s defense lawyers accused the government of attempting to unfairly gag them from discussing issues vital to the case and the public at large.

Source: US renews fight for the right to seize content from the world’s servers | Ars Technica 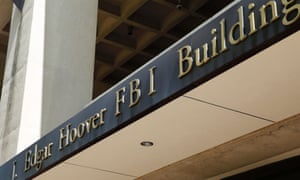 New evidence supports critique that Holder, for a combination of political, self-serving, and craven reasons, held his department back from prosecuting big banks.

This is the fox watching the henhouse. These are not restrictions, these are just the DOJ getting to ask itself if it really wants to spy on these journalists, and the DOJ telling itself “sure, go ahead.” There’s a further exception that if someone is a member of the media, but the FBI “suspects” they’re an intelligence officer or affiliated with a foreign intelligence service, “no additional approval requirements” are needed. So, as with the Rosen case, the FBI can just declare him a “co-conspirator” and voila, no approval necessary.

Source: Leak Reveals Secret FBI Guidelines That Basically Give Them Free Rein To Spy On Journalists And Sources | Techdirt

Not all leaks are alike, nor are their makers. Gen. David Petraeus, for instance, provided his illicit lover and favorable biographer information so secret it defied classification, including the names of covert operatives and the president’s private thoughts on matters of strategic concern. Petraeus was not charged with a felony, as the Justice Department had initially recommended, but was instead permitted to plead guilty to a misdemeanor. Had an enlisted soldier of modest rank pulled out a stack of highly classified notebooks and handed them to his girlfriend to secure so much as a smile, he’d be looking at many decades in prison, not a pile of character references from a Who’s Who of the Deep State.

Source: David Patraeus, Who Leaked Classified Info To His Mistress, Says Snowden Should Be Prosecuted | Techdirt

According to documents released to the ACLU, the Oregon DOJ has problems complying with both state and federal laws. Law enforcement agencies are forbidden from conducting surveillance of First Amendment-protected activities unless they can demonstrate beforehand that there is evidence of criminal activity tied to it. But the DOJ’s own presentations suggest agents should perform surveillance first and fix it in post. According to its instructions, agents should be “creative” when looking for justification for surveillance of First Amendment-protected activities. Literally, “any crime will do.”