Both women claim that after they hired the lawyer and began meeting with him, they began to suspect something other than privileged conversation was going on. They couldn’t remember large parts of the meetings, and one said she also started to notice certain physical symptoms and disheveled clothing afterward. That one went to the police, and also started recording her conversations with the lawyer. (It may seem odd that she kept interacting with him, but he was handling a child-custody case for her and so it’s plausible that she may have been reluctant to change lawyers in mid-stream.) She recorded one phone call that “began with a discussion about normal legal matters and then turned into questions about where [she] was and whether she was alone.”

Well … maybe he was just worried about preserving the attorney-client privilege?

Apparently not. “[He] then began to use ‘code’ words that induced [her] to enter a trance-like stage [sic].” He then made 12 transcript pages worth of highly explicit suggestions, which seems like a lot, and finally told her not to remember anything but the legal matters they discussed. “The conversation ends with a few pages of legitimate conversation about [the woman’s] case,” so I guess he could bill her for that part, at least.

Joe Patrice at Above the Law has snagged a rather humorous opinion issued by Judge Charles Breyer. Breyer had the [mis]fortune of presiding over a long-running dispute between Hewlett-Packard and its shareholders. Running almost three years and involving more than 400 filings, a settlement had finally been reached and it looked as though Breyer could put this one in the rearview mirror.

Unfortunately for him, Hewlett-Packard still had some unfinished business. It wanted to have a number of documents sealed, despite the fact that the documents in question were already heavily-redacted and likely contained very little of use to anyone other than the parties involved in this case. Eight motions in total were filed by HP during the waning days of the legal battle. All eight have been denied by Judge Breyers… because [REDACTED]. 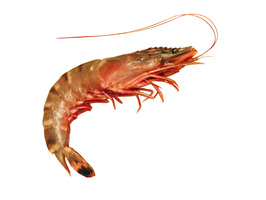 The Shrimp Cloud is a terabyte of shrimp that you can access anywhere, anytime and on any device. This is the future of shrimp.

Every day hundreds of thousands of games are downloaded from various torrent sites. While it can be quite a challenge to get a pirated game working, most will play just fine.

The same is true for Croteam’s latest release The Talos Principle. A few days ago a pirated copy of the puzzle title surfaced online which initially appeared to work as a regular game.

However, the fun didn’t last long as the developers had previously embedded a feature that traps free-riding pirates in a virtual elevator.

Croteam acknowledged the feature on social media by retweeting a mention of the puzzled Steam user, which must have been good for a few laughs among the developers.

Even more so, it probably led to a few extra sales as well. Apparently some pirates were hooked enough to get a legit copy of the game on Steam, to continue playing without any hassles.

“I hit the bug where the elevators stopped working correctly, so I bought the game on Steam and was able to import my save,” an anonymous user wrote on a popular torrent site, adding that it’s been worth the money.

Oakley, Michigan has only 300 residents. Up until very recently, it also had 100 police officers. How does a town end up with a police force equal to one-third of its population? To answer that question, you have to go back to when it had a single police officer.

Oakley, Mi. is barely a town at 300 people, only one streetlight and, until recently, one police officer. The one cop was good at his job, reports Vocativ’s M.L. Nestel, until he was forced to step down after getting caught stalking a teenage girl.

A new chief, Robert Reznick, was installed. He immediately began hiring new officers. The one officer that had policed the town for several years without incident was replaced with twelve full-time officers. Then Reznick went further, allowing civilians to buy their way onto the police force.

Here’s how the chief’s program works: The wanna-be officers pay about about $1,200 for a uniform, bullet-proof vest and gun, and some make additional donations to the police department. In return, they get a police badge and the right to carry their gun almost anywhere in the state, including places that people with normal gun permits can’t, like casinos, bars, stadiums and daycare centers.

This proved to be very popular, even pulling in a couple of non-resident NFL players as auxiliary officers. Needless to say, running a pay-to-play police force tends to generate problems. Complaints were raised about the heightened police presence at a local event that had run peaceably (if rather rowdily) for years.

This one isn’t really ignorant or unreasonable, but it is still very funny if you’re a geek, so I’m going to post it here anyways:

What is the best comment in source code you have ever encountered? (Stack Overflow)

A list of links affected by the “Right to be Forgotten” ruling in the EU: 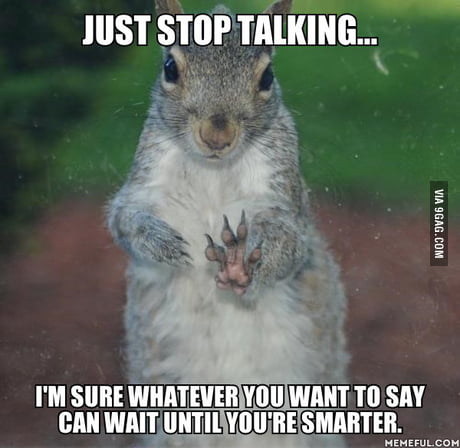 I’ll let that one sink in for a moment.