Tired of hearing about just the bad cops? Here’s one with a good cop, surrounded by worse cops, and the amazing amount of pettiness the latter group can display.

Texas State Trooper Billy Spears was working an approved security detail at the recent South by Southwest conference when he was approached by one of the performing artists and his publicist. The artist asked for a photo with the trooper, who obliged. The photo was taken by the publicist and later posted to Instagram. Here’s the photo.

Trooper Spears is on the left. 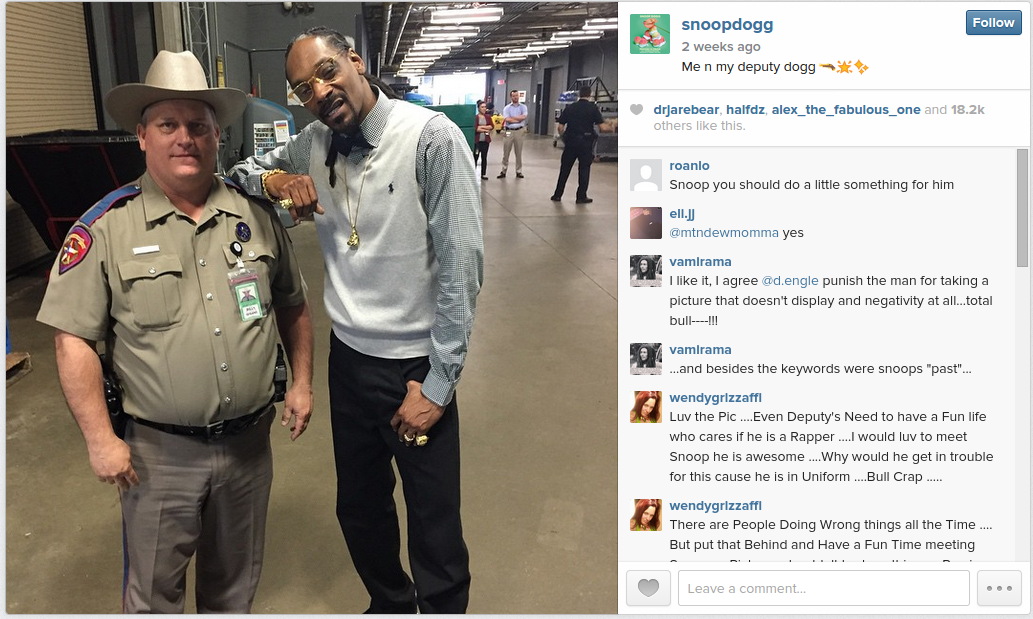