All Frederick County (MD) Councilman Kirby Delauter knows is that he doesn’t like unfavorable press. Literally, that appears to be all he knows — at least as far as press relations go. He apparently believes that he holds the power to decide whether his name appears in print, rather than the other way around. Delauter blew off a phone call from Frederick News-Post writer Bethany Rodgers seeking comment on a story and then turned around and called her out on Facebook for using his name without permission.

The post has since been deleted by Delauter, but the image will live on forever… as will Delauter’s inability to comprehend how journalism actually works. 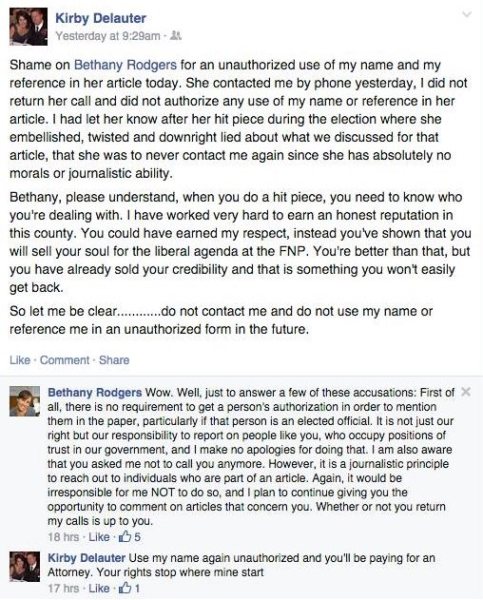